Join us for a virtual workshop on how to easily gather information remotely on 08/13/20. Register Today.

Students prepare for future by using document automation in class 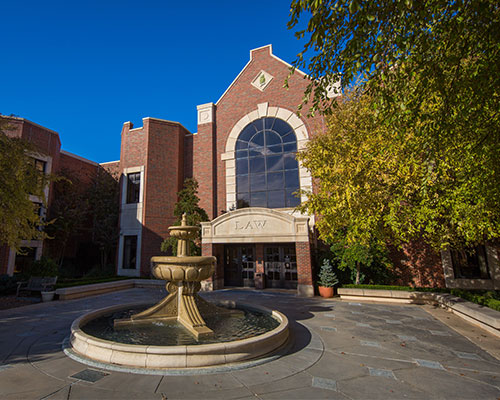 Instructors at OU College of Law in Oklahoma wanted to prepare their students for real-life practice. During their Tech and Law Practice Class, students are exposed to tools and processes that should be part of any forward-looking firm. Four students were assigned to investigate document automation software and used Lawyaw to create three common documents: a confidentiality agreement, an article of dissolution, and an LLC minutes winding up document.

“I hadn’t been exposed to document automation during any of my internships or with any of the firms I had worked in,” student Lauren Wilmes said. “I think it’s something that more firms and more attorneys should know about and can be utilizing.”

The students expressed concern that, once in practice, they may not receive the mentoring necessary to implement these important tools. They discussed a sense that younger attorneys are more willing to learn new technology while older attorneys won’t bother.

“Had we not been exposed to [document automation] in law school, we very easily could fall into that same routine,” said student Garrett Reed.

The students recognized that attorneys may resist adopting new technology because they don’t have time for a steep learning curve. With so many attorneys still operating under the billable hour, it’s hard to justify that investment in the long term. For any document automation solution to be viable in their future practices, these students needed a tool that would be easy to learn and come with robust support.

Students in the course discovered that, even though there was a learning curve, Lawyaw was easy to learn and adopt in their experimental practice. Through learning resources and Lawyaw’s technical support, the students saw that they could adopt document automation and create long-term time savings that made the investment worthwhile.

“Lawyers constantly find themselves short on time or trying to save time. I think that this is a solution that allows lawyers to save hours for a routine drafting process,” noted Wilmes.

Incorporating document automation into their pretend firm took so little time because of all the resources that were available. The students were delighted to find training videos, frequently asked questions, blog articles, and many other resources. With help at the ready, learning how to use Lawyaw came quickly, followed by full utilization of the software. They used Lawyaw academy as well as step-by-step process videos on how to create templates, generate documents, and fill in specific clients’ needs.

Wanting to experience the full onboarding process, Reed asked Lawyaw’s customer service team about pricing of the software. They were given helpful support and direct answers.

“We appreciated the customer service, even though we aren’t attorneys and this isn’t a real law firm. We were trying to simulate that as much as possible and we really appreciate Lawyaw personally reaching out to us.”

As the students evaluated Lawyaw more, they realized it can apply to a wide range of practice areas. They could quickly generate contracts, leases, and many other projects with repeatable documents involved. Creating those resources helped the students envision a more streamlined firm.

“[It’s] learning how to work smarter, not harder. There are several things you do as an attorney that are monotonous or easy tasks, such as document drafting, routine documents, that can be simplified,” said Wilmes.

The students’ main takeaway from this exercise was how much time they could save if they had document automation software set up in their firm.

“Using this software kind of opened our eyes. There are technologies out there that can help us save time and be more efficient, and really, I didn’t have any experience with any sort of document automation. I didn’t know there was anything like this out there until we took this class,” said Reed. “We had a great experience using Lawyaw.”

Wilmes said, “I am going into oil and gas litigation and conservation matters. We are constantly drafting leases and agreements. A lot of times, you’re still pulling up that older document then going through it meticulously, making sure you’ve made each change before sending it off for the new client. I think [document automation] is something that could save many hours for the attorneys that I work with.”

Reed, who plans to work primarily in the agricultural and equine industries, noted that there are a lot of contracts in those fields. Whether it’s for managing rights to livestock, crops, or leases, he wants to employ some form of document automation to make the process easier. Students believe that familiarity with faster processes will help them make the adoption pitch to senior attorneys in future work environments.

“You guys let us implement your program in law school,” said student Brad Thimmesch, “so, although we won’t have a lot of say initially, we do know the technology and the advantage of it. Being able to use [Lawyaw] in school is very helpful.”

When asked what are some ways they hope the legal industry continues to grow in the future, Reed said,

“I hope [lawyers] realize that this type of technology could help them.”

Having seen the promise of tools like Lawyaw and its ease of use, the students believe lawyers will accept new technology and take the time to implement it.

Back to All Articles

Schedule a call to learn more about Lawyaw