Join us for a virtual workshop on how to easily gather information remotely on 08/13/20. Register Today.

Maximize Efficiency for a Small Team by Combining Lawyaw and Clio 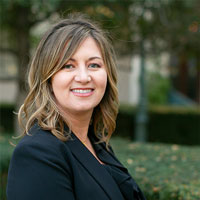 "On a weekly basis I’m probably saving 4-5 hours of attorney time so we’re not searching around trying to find the right form. It saves us 16-20 hours a month."

From the beginning, the partners decided they were not going to hire support staff, which made it essential that they use technology to ensure their firm ran efficiently. One of the biggest areas of need was a resource to find and fill Judicial Council forms quickly and easily. Someone suggested she look at Lawyaw, and two minutes into the demo, she decided to sign up. It did what she wanted it to, and that would have been enough. But, Lawyaw solved several other pain points as well.

“Last thing I had time to do was dance around different solutions. [Lawyaw] was an easy decision,” Christy says.

Even though California’s standard court forms are free and available online, they’re not particularly user-friendly. Finding the right form can be time-consuming, keeping the latest versions of PDFs organized can be a hassle (especially when working remotely). Christy had to stay on top of co-workers to adhere to the proper procedures to keep rogue files out of their organizational system. With writable PDF’s, Christy sometimes had trouble distinguishing between a form she had already filed and a form she needed to work on. It took hours to fill out a form, assuming she could find the correct one. And occasionally, the form would refuse to save and those hours of work would be lost, forcing her to start over from the beginning. Entering forms by hand also left room for errors to be introduced.

On top of all that, courts are very quick to stamp a form as rejected if it contains errors (or is the wrong form altogether). Each court uses a different electronic filing system. Finding the right local form in California can be a headache because of the state’s size and because each jurisdiction is different.

If a file is rejected, the reason is not usually given. So, Christy would need to do the work again. But the second time around, she can’t bill a client for hours spent correcting a mistake that should have been caught the first time. A court rejection stamp on a document just meant extra time that couldn’t be billed. Those are the challenges Lawyaw was designed to help solve for lawyers.

Not only did Lawyaw solve her problems managing and filling forms, it also gave her back time and corrected other inefficiencies in her processes. In lieu of asking a secretary to get X, Y, Z, she has everything right where she needs it.

“Lawyaw saves me from having to hire staff,” Christy explains. “On a weekly basis I’m probably saving 4-5 hours of attorney time so we’re not searching around trying to find the right form. It saves us 16-20 hours a month.”

Lawyaw made the Judicial Council forms easy to find, access, and fill — all in one place. The cloud-based tool eliminated the need for her to nag co-workers about file organization because sets of forms for specific types of projects could be saved and re-used. And with less errors, that meant fewer files getting rejected by the court. In that sense, Lawyaw helps Christy and her team maximize their billable hours.

What’s more, because Lawyaw is now a part of Clio, her life is even easier. Christy’s firm runs on Clio, so every integration in her tech stack is a bonus. Because both Clio and Lawyaw were part of her firm from the beginning, they’ve been able to move forward seamlessly.

“I use Clio and Lawyaw together all day every day,” Christy says. “Every time I have a new matter, we hop into Lawyaw, add a new client, then import contact into Clio. I use them in tandem.”

Christy’s quest to find a solution for Judicial Council forms led her to discover technology that makes her firm more efficient and accurate overall. She would have been happy with Lawyaw if it had helped her get one filing a month out faster. Instead, it gave her more than she was hoping for.

“Lawyaw has far exceeded any expectations we had. It’s been exceptional,” Christy says. “Lawyaw and Clio help me help myself to run a better law firm.”

Back to All Case Studies

Schedule a call to learn more about Lawyaw